Visions surveyed the cinemas of China and Hong Kong; commissioned shorts from filmmakers including Chantal Akerman and Marc Karlin; and profiled Sally Potter, Paul Schrader and Michael Snow among many others.

Large Door continued to produce a wide range of documentaries about media, politics and food until 1999, including Brazil: Beyond Citizen Kane, Angela Carter’s Holy Family Album, Distilling Whisky Galore, The Man Who Ruined the British Film Industry and Jo Spence’s Opening Up The Family Album.

Now available on Vimeo: this pioneering series following Hong Kong residents as they prepare for the return of Hong Kong to China. Including Jimmy Lai, Tsang Yok Seng, Christine Loh, and directed by Po Chi Leong and Sze Wing Leong. See the 4 part series on Vimeo 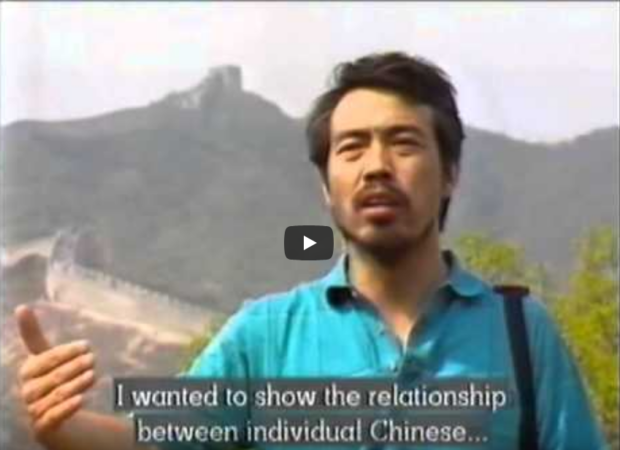 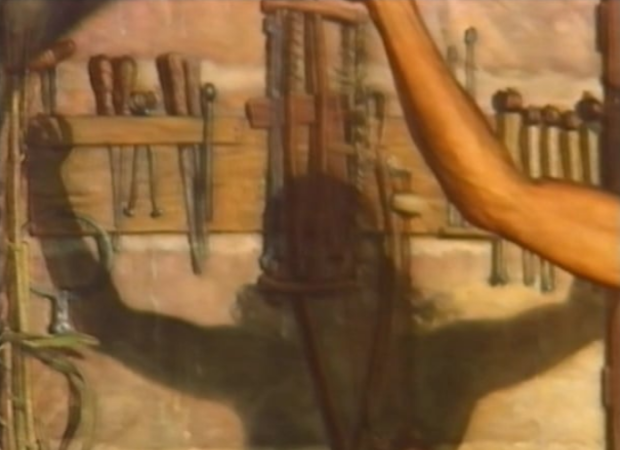 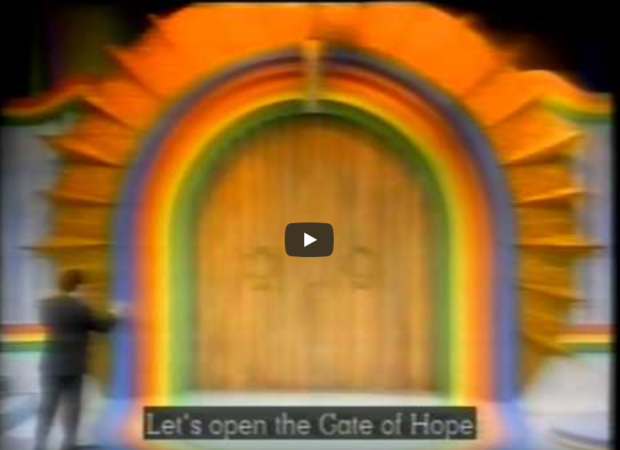 Simon Hartog’s definitive 1993 investigation into the power of TV in Brazil, and the power of TV Globo in particular. Partly a history of TV in Brazil; partly an examination of Globo’s innovations and its cultural power; partly a revelation of how that cultural power was used to support successive right-wing regimes. See Wikipedia for details of the attempts to suppress this film, 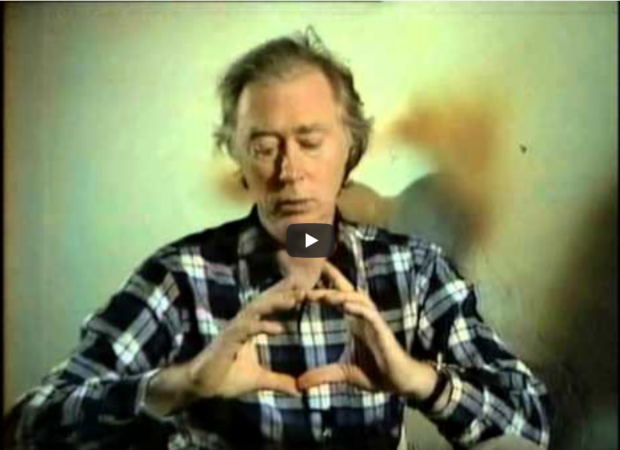 Interview and profile of experimental filmmaker Michael Snow from 1983. Includes extracts from ‘Back and Forth’, ‘Wavelength’, ‘La Region Central’, ‘So Is This’ and gallery piece ‘Two Sides To Every Story’. Made for Channel 4 ‘Visions’ and broadcast 19 January 1983. Interview: Simon Field; Director: Keith Griffiths. 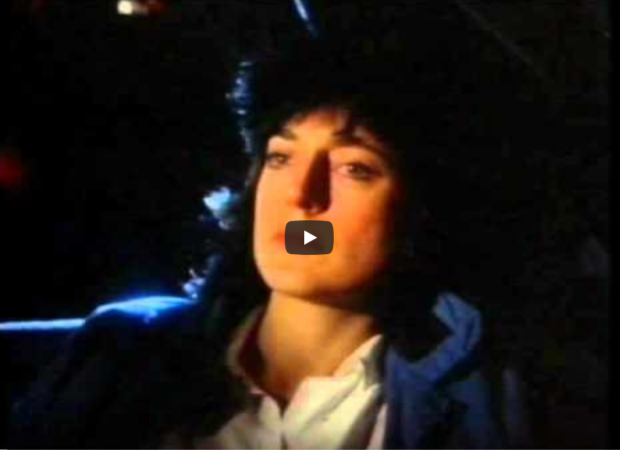 A Dream from the Bath (Marc Karlin)

Mac Karlin made this contemplative short film for a special edition of Visions about the state of the British Film Industry. In a series of moody sequences he reflects on the realities of the everyday life of filmmakers; on the ruination of entertainment cinema; the ingrained habits of much British filmmaking; and his hopes and fears forthe future. 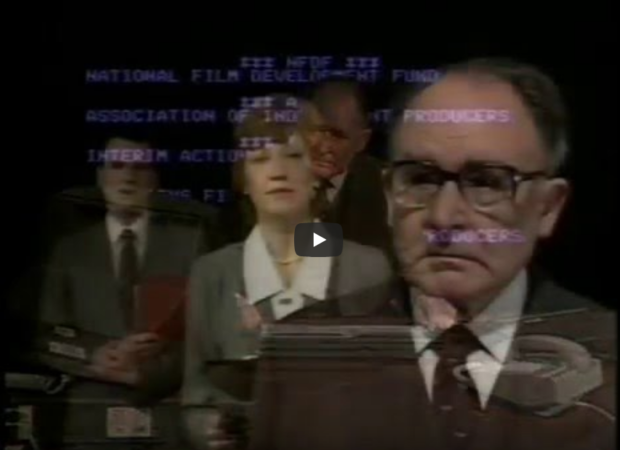 Mick Eaton directed and Alan Drury scripted this amusing and insightful view of the twists and turns of UK government film policies. Shot using the then-new video technique of blue screen studio, it features Geoffrey Keen (who played the Minister of Defence in six Bond films) as the hapless Minister, and Joan Blackham and Jack Elliott as the civil servants. 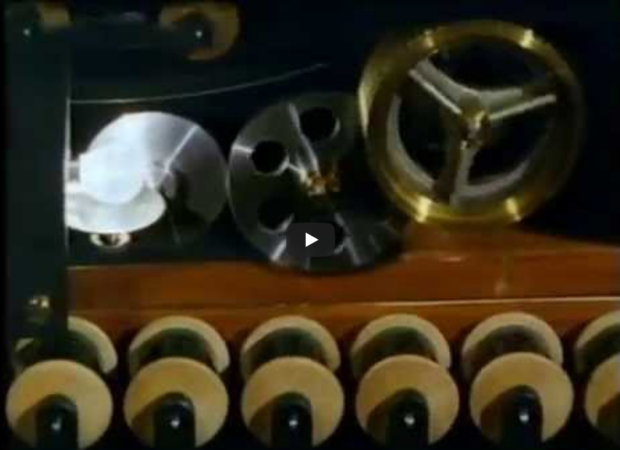 Ghosts in the Machine

The Deutsches Filmmuseum opened late in 1984. On 16 January 1985, UK Channel 4’s ‘Visions’ monthly magazine programme about cinema celebrated in distinctive style. Keith Griffiths’ entertaining item, modelled on a magic lantern lecture about the eye, outlines the history of pre-cinematic devices with many hands-on demonstrations and present-day bricolage reconstructions of devices. Includes demonstrations of Reynaud’s Theatre Optique, the Thaumatrope and Praxinoscope as well a reconstruction of Melies’s studio. 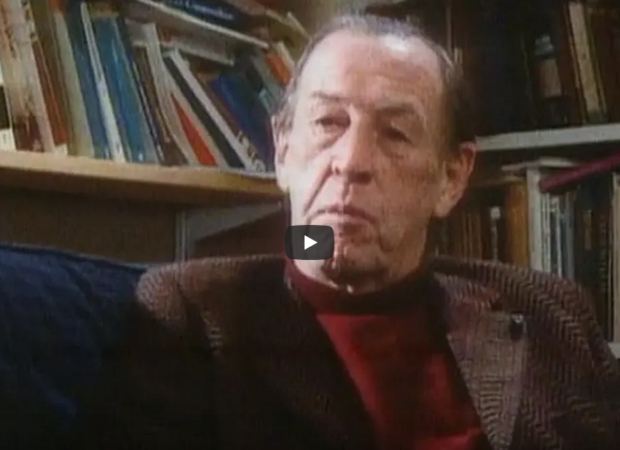 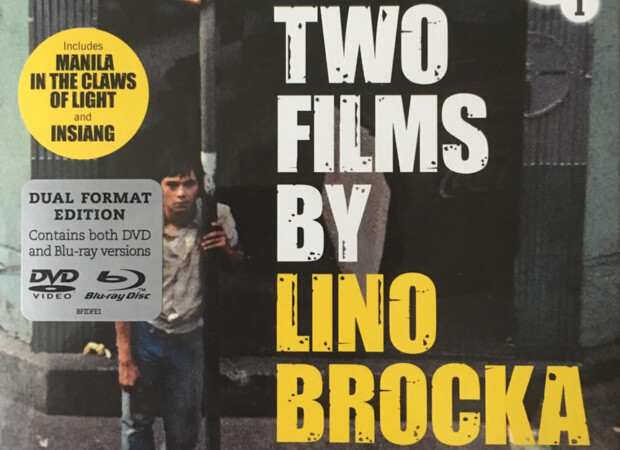 Film in the Philippines 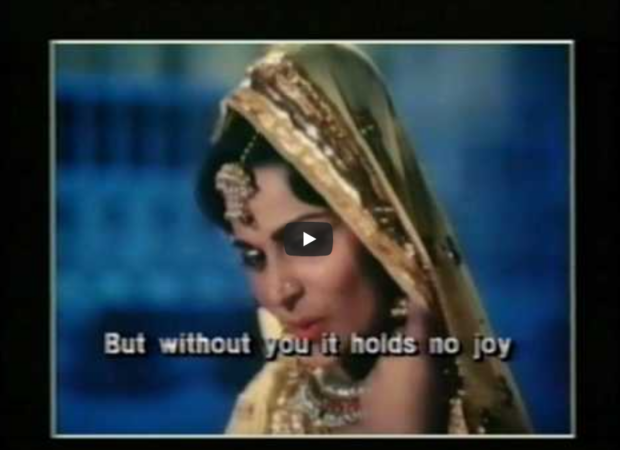 In 1983, Bombay’s popular Hindi cinema was just becoming known. Rosie Thomas and Behroze Gandhy explore its history, major films and styles, and interview Raj Kapoor and Kamal Amrohi. Part 2 shows how the films were showing in the UK… on videos delivered by the milkman! 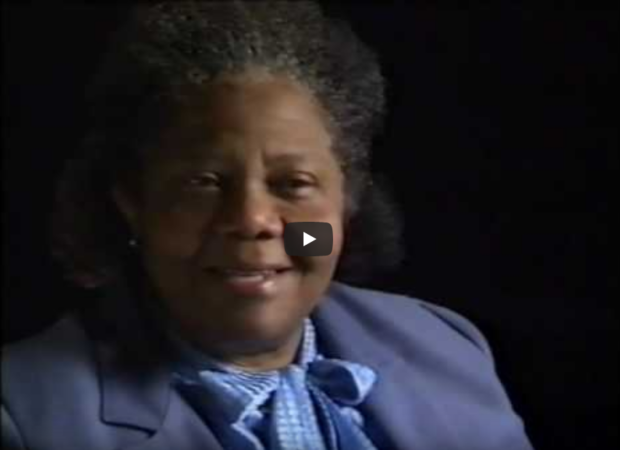 Opening Up the Family Album

Based on the pioneering work of feminist photographer and theorist Jo Spence, this 4 part Channel 4 series from 1988 was directed by Nina Kellgren. Episode 1 looks at having your photo taken by other people, including street photographers. Episode 2 deals with the secrets and stories behind the seemingly innocuous family photos. Episode 3 examines photography and therapy. Episode 4 investigates the relations between personal and public history. 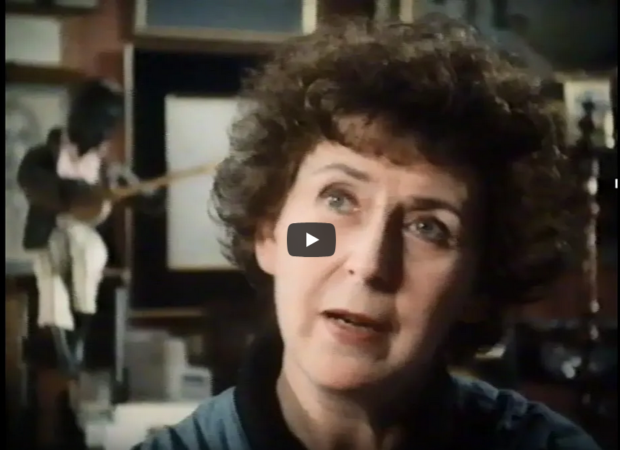 Two women directors of different generations – both trained as dancers – meet for the first time. Sally Potter’s first feature ‘Gold Diggers’ had just been released. Wendy Toye’s career began in theatre and she directed her first short ‘The Stranger left No Card’ in 1952. She worked for Korda and Rank, making both dramas and comedies, including ‘Raising A Riot’ where Kenneth More suddently has to cope with parenting three small children single-handedly. 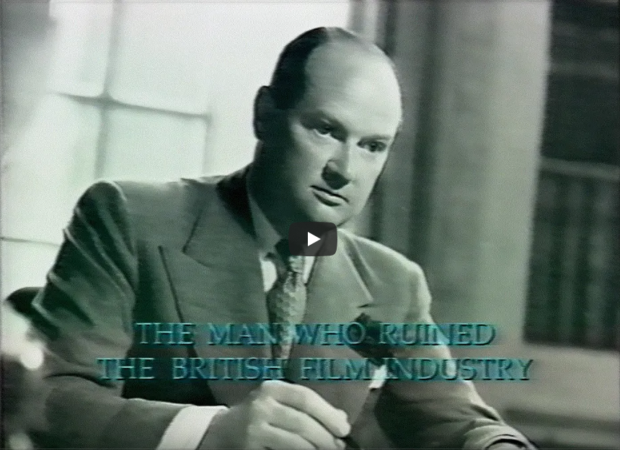 The Man Who Ruined the British Film Industry

Controversial profile of Sir John Davis (1906-1993), the fearsome managing director of the Rank Organisation in the 1950s and 1960s, when it was responsible for much of British film production and exhibition. Davis still had the power to intimidate many of the interviewees from beyond the grave. Features interviews with Lewis Gilbert, Derek Bond, Christopher Lee and Betty Box. 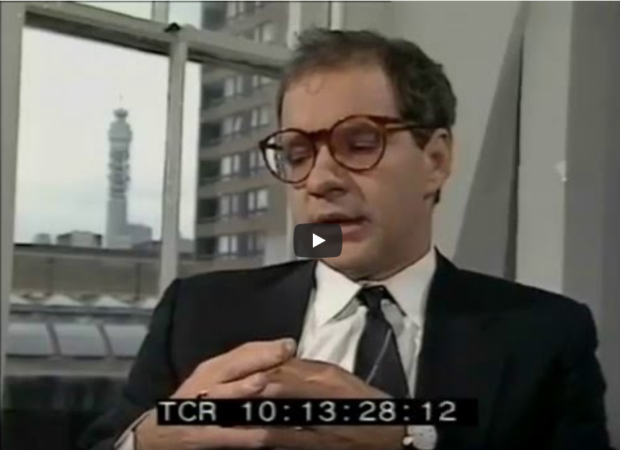 From 10 November 1982, the inaugural ‘Visions’ cinema magazine for the then week old Channel 4. Features an interview with Paul Schrader, Angela Carter’s review of Greenaway’s newly released ‘The Draughtsman’s Contract’ and an opening montage What is Cinema? defining the scope of the series made by critic Tony Rayns. Produced by Keith Griffiths and Simon Hartog. 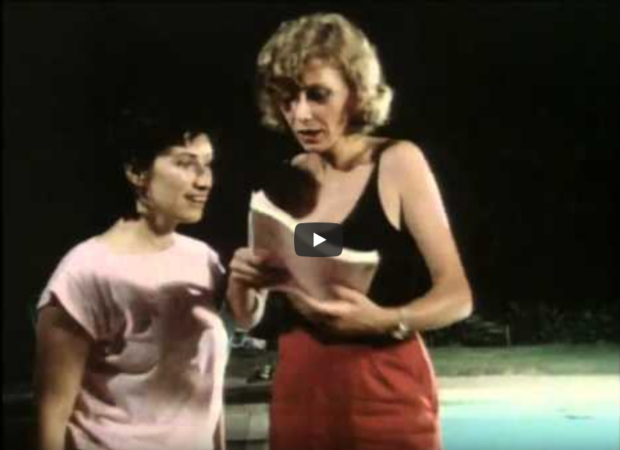 Chantal Akerman was commissioned by Visions to make this short film for £20,000. It was first shown on 21 November 1984. Akerman herself plays the role of a director visiting Hollywood to find financing from an uncle she hardly knows. Very little goes to plan… Also stars Aurore Clement and Colleen Camp. 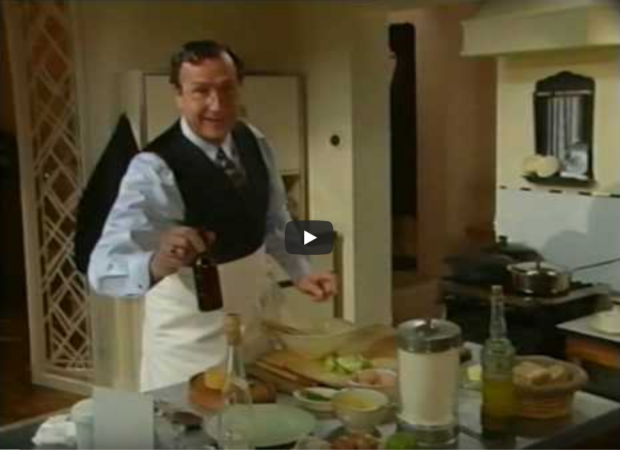 Nick Cooper had the brilliant idea of dramatising a cookery book, specifically the 1930s classic French Cooking in Ten Minutes. In each episode, the writer of the book, Edouard de Pomiane, cooks a three-course meal for two in ten minutes. Why? That is the mystery which sustains the series. It was made for BBC2, stated Christopher Rosycki and directed by David Giles 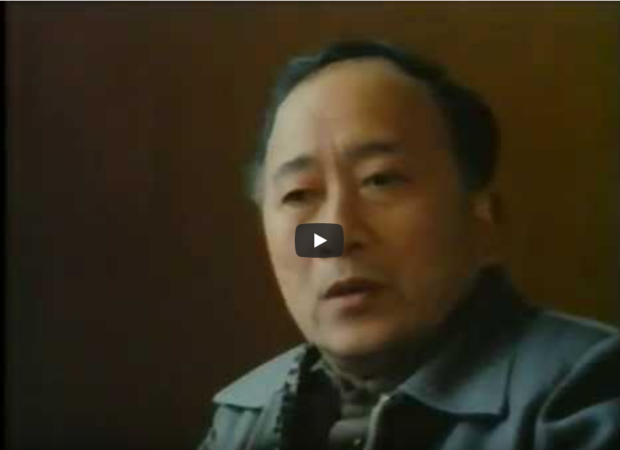 History of filmmaking in China from its beginnings in the 1920s to 1982, featuring Shanghai cinema of 1930s; the progressive filmmakers; the organisation of filmmaking under the post-war communist government; the impact of the Cultural Revolution; the work of Xie Jin. Presenter: Tony Rayn. Director: Ron Orders Producers: John Ellis Simon Hartog, Keith Griffiths for Channel 4 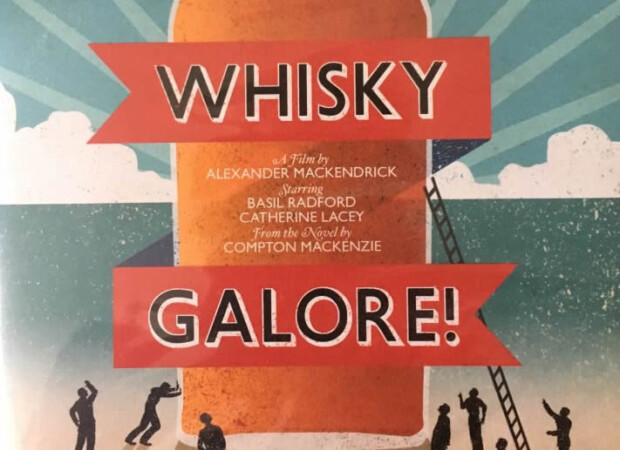 Derek Cooper tells the amazing story of the making of this classic Ealing comedy, on location on the island of Barra. Includes an interviews with director Alexander Mackendrick, islanders who appeared or contributed to the filming and Charles Crichton who edited it for release. Available on Studio Canal’s 2 disc DVD/BluRay as an extra, along with a remastered version of the film. 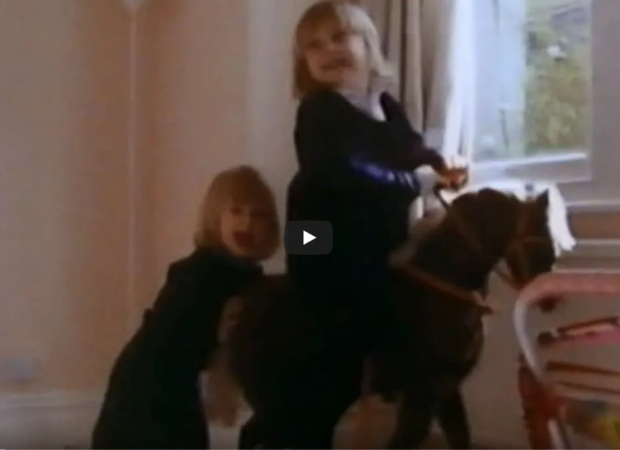 Rosalind Coward presents the arguments from her ground-breaking book ‘Our Treacherous Hearts: Why Women Let Men Get their Way’ (Faber & Faber 1992) in this stylish film directed by Agnieska Piotrowska. It examines how women collude with old patterns of “feminine” behaviour which encircle and limit them; two pairs of sisters examine their lives from girlhood to the present day. Produced by Large Door for Channel 4’s ‘Female Parts’ series, first shown May 1992. 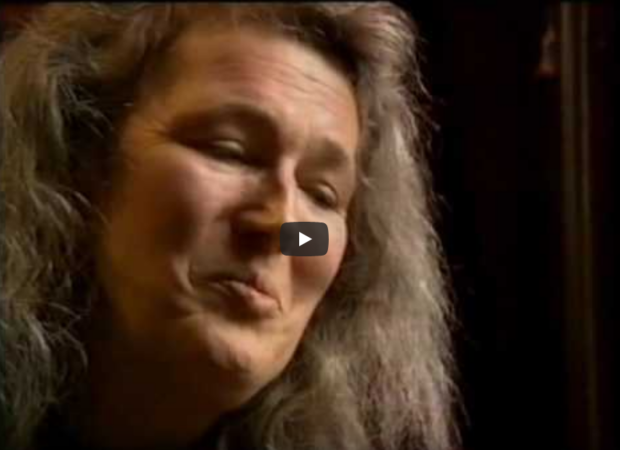 Angela Carter and Neil Jordan discuss ‘A Company of Wolves’

Neil Jordan directed ‘A Company of Wolves’ from Angela Carter’s 1979 short story in her ‘Bloody Chamber’ collection of retold stories. Anna Ambrose interviews them about storytelling and the film influences on this highly successful movie. From Visions, 17 October 1984

“Visions, a programme that digs deeply beneath the topsoil of sentiment in search of serious issues”
The Times
16 January 1985
“What made French Cooking in Ten Minutes so enjoyable has been its attention to detail from the authentic-looking 1930s kitchen down to the passing street noises below. But best of all has been Christopher Rozycki’s performance as the meticulous de Pomiane. Let’s hope there are seconds.”
The Times
25 March 1985
“Visions is different to a good deal of television in general in terms of both its presentation and the whole way in which it addresses its audience”
The Listener
24 May 1984